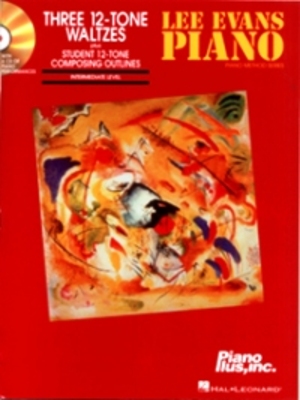 With the publication of Three 12-Tone Waltzes Plus Student 12-Tone Composing Outlines (Hal Leonard, 2006), I have written/composed 93 music books as well as numerous articles. My most acclaimed recent contributions to jazz education are my Discovering Blues Improvisation, Books 1 and 2, intermediate level volumes each with a CD of me playing the book’s contents.

Many of my books have been designed to make jazz accessible to classical pianists and teachers. Others teach areas of creative musicianship, such as how to compose music, how to harmonize and transpose, how to play from fakebook leadsheet chord symbols, and how to improvise jazz—in other words, important areas of instruction often overlooked by most classical piano teachers.

I strongly believe that keyboard jazz can be taught with the same authenticity and skill as traditional classical teaching, even by teachers with no prior jazz experience. My books have succeeded in bringing to keyboard students and teachers an understanding of and feeling for jazz, and are an outgrowth of my belief that jazz can be broken down into identifiable elements and taught in a methodical, sequential manner completely compatible with classical teaching methods. Furthermore, I believe the inclusion of these areas of creative musicianship in music instruction offers tremendous motivational and musicological value for students and teachers alike.

I have also served as an adjudicator of student original compositions for various music teacher groups. Of hundreds of such compositions I have reviewed over the years, only a handful have sounded as though they had been composed in the 20th century. Most have resembled 18th century Classical-period music or have sounded like a New Age version of post-Beethoven Romanticism. I am convinced that the reason for this is that teachers have not been assigning sufficient 20th century piano literature to students in their keyboard studies. As a result, students have not acquired an ear for 20th century sound, nor have they developed an awareness of or experience with certain of that century’s compositional techniques and approaches.

I feel that among the most accessible and useful compositional approaches from a pedagogical perspective is serial technique, also known as 12-tone technique, a compositional method pioneered by the great 20th century composer Arnold Schoenberg between 1910 and 1920. This is a technique of composing that results in music that is atonal--abstract music that sounds as though it is not in any particular key; in other words, music having a 20th century sound. Three 12-Tone Waltzes Plus Student 12-Tone Composing Outlines enables students to play and compose music that sounds as though they are living and creating in their own time instead of, anachronistically, in a much earlier era.