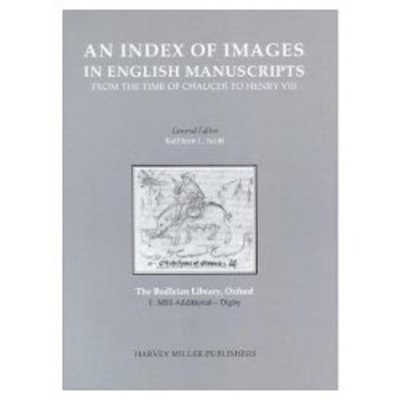 Dr. Martha Driver is one of the 6 Distinbuished Professors of Pace University (Distinguished Professor of English) who is a nationally recognized scholar on medieval literature.

An Index of Images in English Manuscripts from the Time of Chaucer to Henry VIII, by Martha Driver, PhD, Distinguished Professor of English, Dyson College of Arts and Sciences, and Michael Orr

An Index of Images, by Martha Driver and Michael Orr, was published by Harvey Miller and Brepols Publishers in spring 2007. The book is one of a series of publications that lists and identifies all illustrations in English manuscripts from the time of Chaucer to Henry VIII. I contributed initially to the development of methodology for cataloguing images, and co-authored the introduction that appears in all five volumes of this series; I also wrote entries for the volume that describes images in manuscripts in the Bodleian Library, Oxford, which was published in 2001.

The current volume is a collaboration between myself and Michael Orr, and catalogues illustrations in manuscripts in libraries in New York City, including the collections of the Morgan Library, the New York Public Library, and the Columbia University Rare Book and Manuscript Library, among others. The volume is essentially a catalogue drawn from primary sources that notes the subject-matter of every illustration in 79 manuscripts, accompanied by a comprehensive index of pictorial subjects, an extensive glossary of subjects and terms, and indexes of authors/texts and medieval manuscripts with coats of arms. The range of subjects illustrated is of significance to historians of art, religion, literature, costume, natural science, and cultural history.

Also published this summer by Brepols Publishers is The Making of Poetry: Late-Medieval French Poetic Anthologies by Jane H. M. Taylor, the first in the new series Texts and Transitions, which I co-edited for the Early Book Society at Pace University. The EBS series produces monographs dealing with medieval manuscripts and early printed books to 1550 that examine questions to do with readers, owners and patronage, and the circulation and reception of medieval texts.