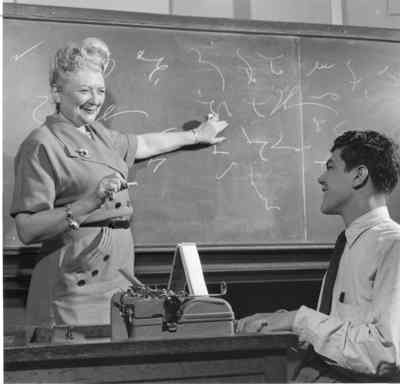 During her very long career, Alfreda Geiger saw Pace evolve from an Institute, to a College and later to a University. Upon reaching retirement age, she was given the rank of Professor-Emeritus-in-Residence, which allowed her to continue teaching on a part-time basis. In October 1971, in recognition of her devotion to Pace, she was awarded the honorary degree of Doctor of Commercial Science. She taught her last class in December, 1995 when, at the age of 96, she finally retired. She died two years later, on May 21, 1997, at the age of 98.

A special feature about her may also be accessed here