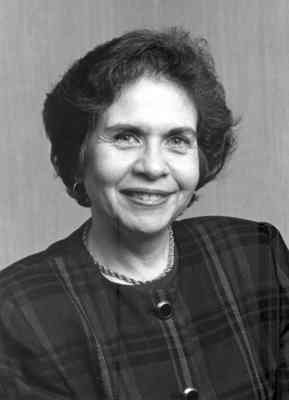 By the 1980s women members of the Pace University community have begun to assume top management positions in the university administration. One example is that of Marilyn Jaffe-Ruiz.

Currently Marilyn Jaffe-Ruiz is a professor at LSN (Leinhard School of Nursing), Pace University. She has been a part of the faculty since 1981. From 1999 to 2003 she was Provost, Executive Vice President and Professor for Academic Affairs. Throughout 1992 to 1999 she held the positions of Professor, Vice Provost, Vice President, and Executive Vice President for Academic Affairs. From 1986 to 1992 Professor Jaffe-Ruiz serviced as Dean, and Professor at LSN. She was Professor and Chairperson for the Baccalaureate Program in Psychiatric Mental Health Nursing from 1981 to 1986. Professor Jaffe-Ruiz has been teaching since 1969. She has taught at the following institutions: School of Nursing, Faculty of Medicine Columbia University; St. Vincent’s Hospital; and The Mount Sinai Hospital, all in New York City.